Call for finance deals
How Build & Save Your Deal Works
Watch our short video and see how we have made car buying simple for you. 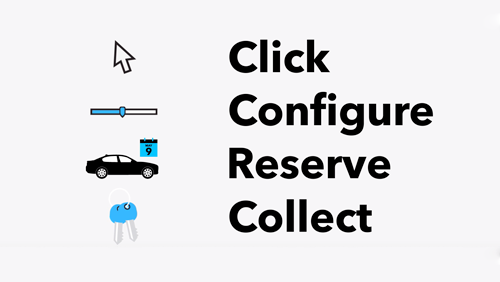 For more info on this vehicle call our showroom on 01789 333040
Every effort has been made to ensure the accuracy of the above information but errors may occur. Please check with a salesperson.

The Renault 5 GT Turbo has become a bit of a cult car. When it was released in 1985, it was hailed as a revelation, being quicker than its main competitor, Peugeot's 205 GTI, and quickly became a favourite amongst the hot hatch fraternity.
Powered by a turbocharged 1.4 litre powerplant, early GT Turbos pushed out 113bhp, which whilst considered low by today's standards, propelled the car to 60mph from standstill in just 7.5 seconds, making it a formidable opponent on twisty European roads.
In 1990, Renault launched the special edition 'Raider' model, built as a final edition swansong before production ceased in 1991. Every car was exactly the same-finished in deep metallic blue, with matching alloy wheels and unique interior. The Raider was bestowed with an uprated ignition system, water cooled turbo and an extra 500 rpm, meaning 118bhp and a 0-60 time of as near as dammit 7 seconds. It may be 30 years old, but the GT Turbo Raider is still a properly quick little car, which led Richard Hammond to say "Few modern hot hatches can get near the sense of barely restrained, joyous hooliganry that the little Renault gives, and I, for one, could live with one very, very happily." High praise indeed.
This particular Raider has lived a sheltered and cossetted life, having been owned by a string of enthusiasts, covering just 57,000 miles since it first hit the road. Thanks to the Ali G Movie in 2002, many GT Turbos were heavily modified and scrapped, leading to numbers dwindling significantly, making them a rare car nowadays. This example is even rarer having never been modified, other than the previous owner slightly lowering the car to improve handling, a modification that can easily be removed as part of the sale should the buyer wish.
Due to the aforementioned boy-racer trend, and many being scrapped for engine failures or terminal rot, GT Turbos, and Raiders in particular, have become exceptionally rare and collectable cars. In fact, this Raider is one of less than two-hundred left in the UK, and as people look to relive their youth, values are rising dramatically, making this the perfect investment for the savvy collector.

Extend the warranty to 12 months for as little as £89, Click here for more info

Every effort has been made to ensure the accuracy of the above information but errors may occur. Please check with a salesperson.

The following documents are available for this vehicle:

Search for a vehicle